Celebrating 30 Years of Progress in the Fight Against Diabetes

EVMS is indebted to Cosmopolitan International and Cosmopolitans everywhere for your continued support of the EVMS Strelitz Diabetes Center for over 30 years. Through your actions, you have demonstrated your commitment to be the club that fights diabetes.

With your support, the EVMS Strelitz Diabetes Center has grown steadily and has assembled a team of
world-class experts to discover ways to prevent the debilitating complications of this devastating disease
and, ultimately, to find a cure for diabetes.

On behalf of everyone at EVMS and those around the world who have benefited from our research discoveries and treatment breakthroughs, we offer our appreciation.

Partners in the Fight Against Diabetes

Prior to 1985, individuals with diabetes in southeastern Virginia frequently traveled
outside the region in search of specialized diabetes care. Recognizing the need for appropriate medical care closer to home, leaders from EVMS and the community came together to plan a dedicated center for diabetes care, research and education in Hampton Roads and the first on the East Coast.

Cosmopolitans were among the first donors to this effort and have been loyal supporters ever since. With support from Cosmopolitan International, the EVMS Strelitz Diabetes Center has gained international recognition and employs physicians, scientists and clinicians who work collaboratively with colleagues at
many of the leading academic centers and organizations around the world. Today, over 11,000 patients are seen annually in three branch offices.

What follows is a timeline of key milestones in that continuing partnership between the Cosmopolitans and the EVMS Strelitz Diabetes Center. 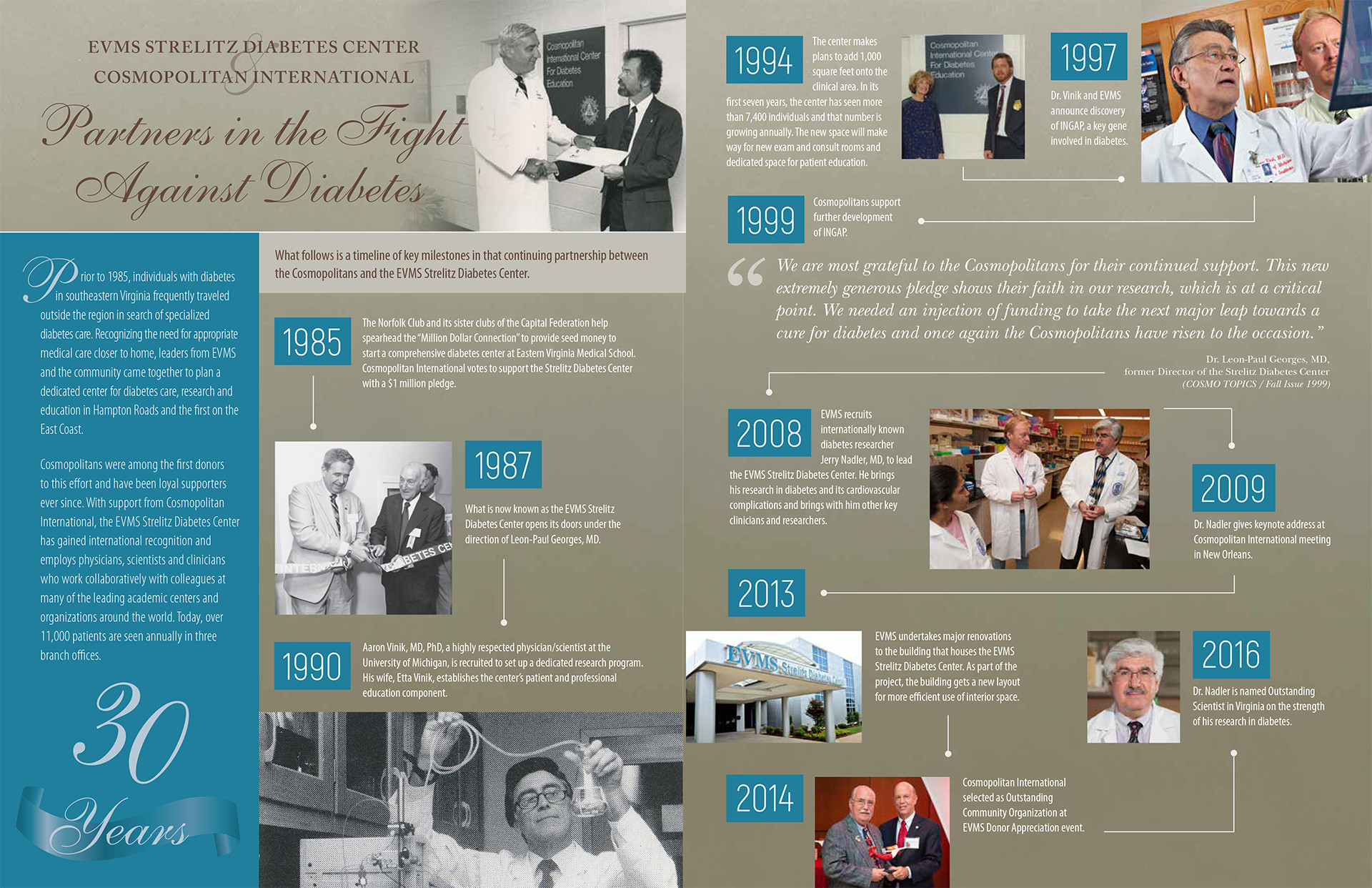