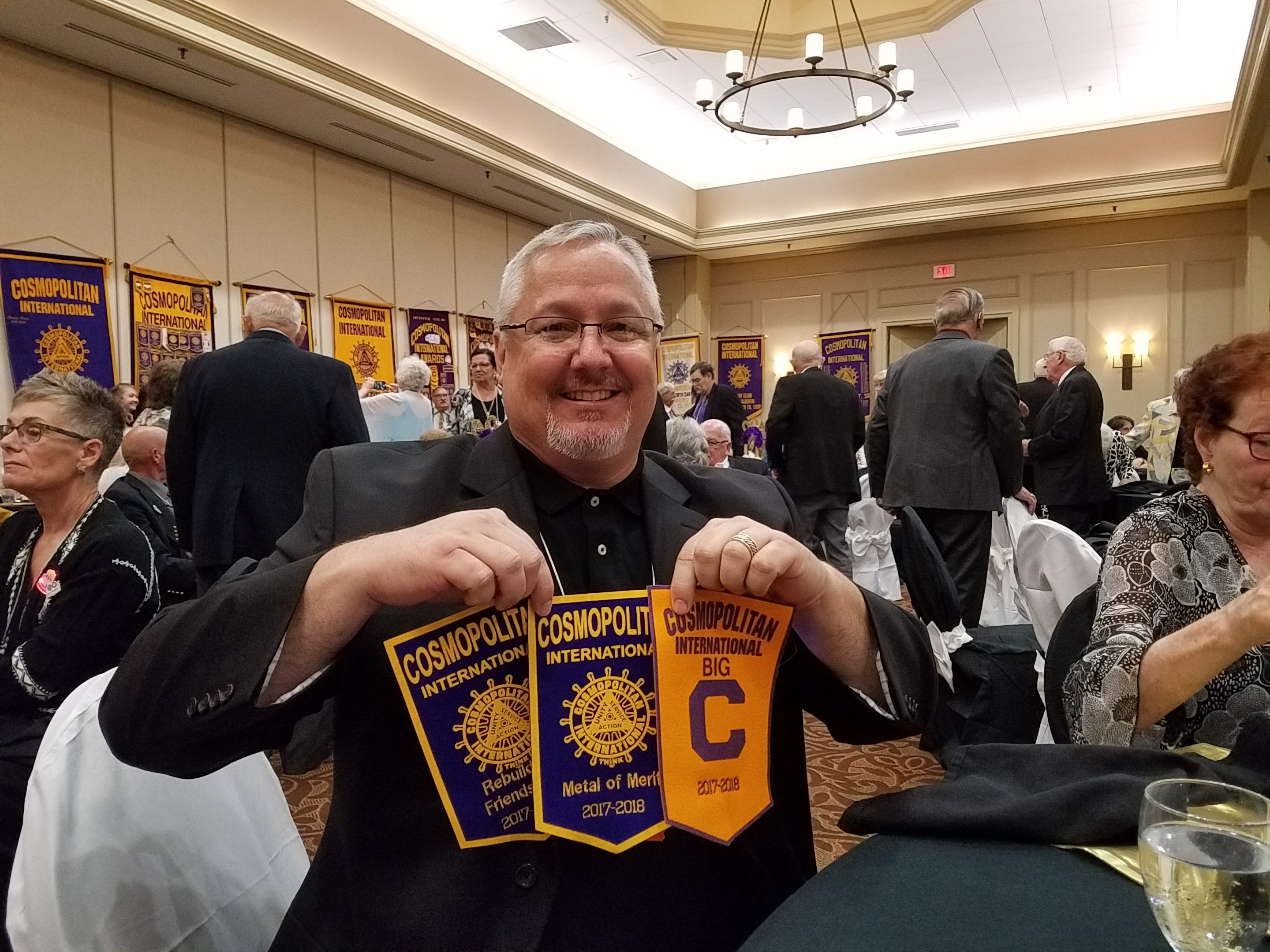 Did you know? The Cosmopolitan Club of Norfolk was awarded the “Medal of Merit Award” which is recognition for being the top Cosmopolitan Club in the United States and Canada for 2017-18. The “top club” award was presented to Club President Keith Parnell at this year’s Cosmopolitan International Convention in Kansas City, MO.

“I am so very proud of our Club,” said Keith Parnell, Norfolk Cosmo Club President. “We work very hard to do our part in supporting various local causes including the Strelitz Diabetes Research Center at EVMS and CHKD’s Halloween Candy Buy-back Program and Juvenile Diabetes Camp. Receiving this type of award is very humbling because it’s not why we do what we do. But I am glad our members have received recognition for their hard work in the community. They deserve it.”

MEDAL OF MERIT AWARD
The Medal of Merit Award is the highest award that a club can receive. The winner of this award must meet all the requirements and receive the Big “C” Award. In addition, they must have the highest net membership percentage increase of all clubs of charter strength (20 members) during the award year. Net membership increase shall include the number of members at the end of the year in club chartered/sponsored during the year.

REBUILDING FRIENDSHIPS AWARD
For clubs that demonstrate commitment to the “Rebuilding Friendships” program by retaining at least ninety-five percent (95%) of their members during the award year. Eligible clubs must have been at charter strength (20) at the beginning of the award year and loss of members due to death is exempted.